The Martin Family Foundation is proud to announce the hiring of our new Executive Director, Sean DuPré.

Our Management Team provides vision and oversight of all of the Foundation’s day to day business operations and ensures all efforts are directed towards fulfilling our mission. 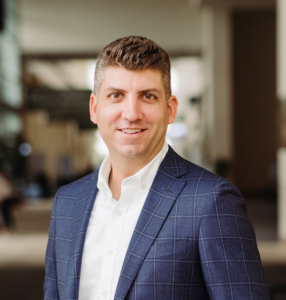 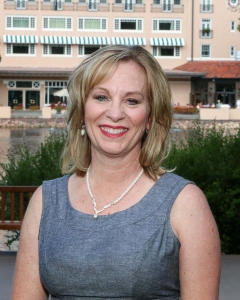 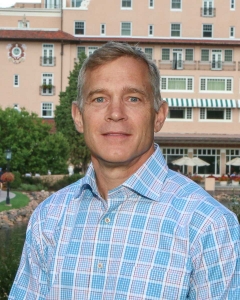 Passionate about missions, Bill loves to see the joy and light of Christ in the eyes of the poor and believes in the causes of pro-life, faith-based education, and service to the poor and at-risk. He is a lover of sports, has two beautiful daughters, and has been married for 30 years. 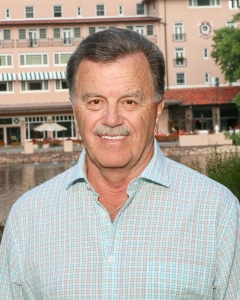 Mr. Martin graduated from Marion Military Institute (A.S. 1965), The United States Air Force Academy (B.S. 1969), and the University of Southern California (M.S. 1974), and served as an Air Force fighter pilot until his honorable discharge in 1975.  He moved to Casper, Wyoming and was employed as a field engineer for Schlumberger Well Services, then Airport Manager until 1982 when he cofounded McMurry Oil Company.  Under his leadership, McMurry Oil Company discovered the Jonah Gas Field and began the initial development of the Pinedale Anticline Gas Field, both in southwest Wyoming.  Those fields are now the 5th and 6th largest gas fields in the US.  Jonah and Pinedale Anticline were sold to Encana in 2000 and Shell in 2001.

Mr. Martin created the Martin Family Foundation (MFF) in 2001 to begin “giving back” to those in need and to serve the Catholic Church.  John and his wife, Mari Ann, continue to be semi-active in the oil and gas business through Jonah Gas Company.  The majority of their time is now spent enjoying their 4 children and 5 grandchildren as well as serving the Church through their personal philanthropy and the MFF.

In 2013, Mr. Martin cofounded the ViNE Foundation (Visions in the New Evangelization) to discern, evaluate, and act on the greatest needs of the Church.  The first project for ViNE is the Amazing Parish Movement, designed to help parishes grow by teaching them how to truly follow Christ’s great commission to “Go out and make disciples of all nations.”

A Denver-native, Angela has served the Martin Family Foundation for the past two years. A wife of twenty-eight years and a proud mother of five, Angela is passionate about promoting the beauty of the Catholic faith and helping others.  When not being witty, you can find her cheering on the NFL’s best team, the Denver Broncos. 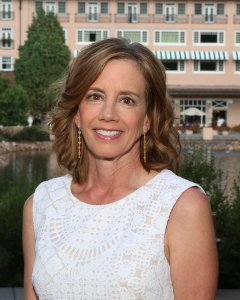 Mari Ann Martin graduated from Montana State University in 1981 with a B.S. degree in Chemical Engineering.  She worked for Chevron, Mobil, and Apache before she helped found Highlands Gas Company.  Highlands sold in 1999 to Union Pacific Resources.    Mari Ann Martin is co-owner of Jonah Gas Company with her husband John Martin. Jonah Gas Company invests in oil and gas exploration and development projects, primarily in the Rocky Mountains.  Mari Ann serves as a Director of the Martin Family Foundation which was established in 2001 in Casper, Wyoming. The Foundation supports a number of organizations in Wyoming, Colorado and Montana that focus on faith-based education, services to the poor and at-risk, sanctity of life and evangelization and discipleship.  Mari Ann has been especially active in a number of Catholic causes, including Arrupe Jesuit High School, Seeds of Hope, FOCUS, Companions of Christ, and Lighthouse.   Mari Ann recently completed a 2 year term as Board Chair of Arrupe Jesuit High School Board and an 8 year term as a Board Member of the University of Wyoming Foundation.  She is currently a board member for the Companions of Christ.  Mari Ann and John have four children and 5 grandchildren, with one grandchild on the way. 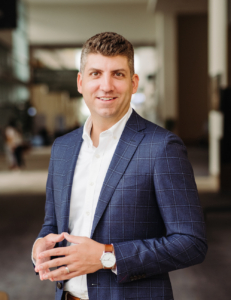 Sean has extensive experience in leading fundraising efforts for various non-profit organizations. He is most excited about building upon the legacy of serving deserving organizations with passion and excellence. Sean and his wife Andi will celebrate ten years of marriage this year and are blessed with five wonderful children. When not in a suit jacket, you can find Sean next to a BBQ pit or taking advantage of the great Colorado outdoors.